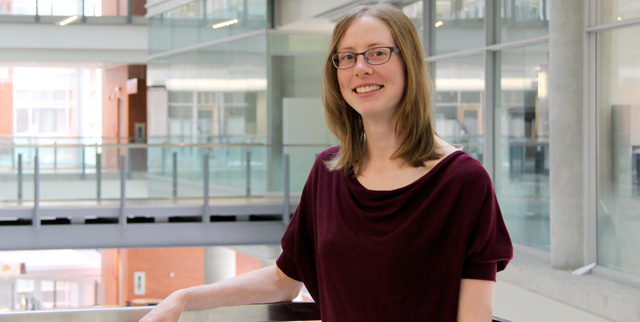 In February of 2015, Statistics Canada identified two cities as Canada’s fastest-growers, and both are located in Alberta. Calgary and Edmonton both saw more than 3.3% population growth from July 2013 to July 2014, and the evidence of this expansion appears obvious to many people who live in the ‘Highway 2 corridor’ –– either in one of the cities, or near Highway 2, which connects them to each other.

As both these cities grow, the demands on the fertile farmland surrounding them have begun to evolve, and it is this evolution which is considered by ALI’s three-year project Economic Evaluation of Farmland Conversion and Fragmentation in Alberta.

The project encompasses four studies, each one closely related to the others, and forming a pillar of the overall investigation. The collective purpose of the research: to help create a better understanding of how agricultural land in Alberta is changing –– and what factors, both economic and social, are influencing the fragmentation of farms and the rate of conversion of farmland to non-agricultural uses. This information will be of great use to the province’s policymakers, as they continue to work on land management strategies.

One of the four questions those policymakers will need to consider: what is happening to agricultural land values, as more people live closer to farmland?

Masters student Angela Bentley, with the Department of Resource Economics and Environmental Sociology at the University of Alberta, is working closely with Principal Investigator Dr. Scott Jeffrey to explore this question. Having undergraduate degrees in both biological science and resource economics, Angela is uniquely positioned to be able to identify the ways in which different factors interact in the real world, to influence value.

When agricultural land is bought and sold by farmers strictly for the purposes of production, there are certain well-known variables involved in setting the price. But as development increases, what other factors might become involved?

By scanning all of Alberta’s agricultural land and applying an econometric approach, Angela is investigating which characteristics of farmland influence its value. From familiar factors like water availability and soil quality, to other aspects such as proximity to population centers or highways, she is identifying a wide array of price drivers, then determining whether the influence of each is positive, negative, or neutral.

Does being close to a highway increase the value of farmland, by making transport more convenient? Or is the disruption of being near traffic a detriment to the price? Different answers might apply for specific cases across Alberta, but Angela’s work takes a province-wide view, so that she can identify broad pricing trends at the county level.

This information will help inform the entire project, and will be of use to local policymakers as they seek to understand the land values in their jurisdictions in the context of the broader province.

Angela’s study wraps up later this year, when she defends her thesis. Stay tuned to this website for more information about her work, and the other pillars of this research project.